Sometimes we’ll see a next-door-neighbor type everyman doing something — for their job, as a hobby, in an instructional video  — and think, “That’s easy, I could do that.” Or even, “They’re screwing that up; I’d be much better.” Entire TV series and YouTube channels, from gameshows to reality shows, are partially based on this concept. Can you believe he didn’t solve the puzzle? Why did she make that terrible decision? I wouldn’t screw that up!

But sometimes, you see someone you know accomplishing something, and you think, “Whoa. I could never do that.”

Like your wife painstakingly detailing the frets and strings on the guitar-shaped cookies that she’s making for the Rock of Ages middle school musical bake sale, “just because” she’s learned how to do it now and it’s fun.

Or your son, casually recording himself playing a portion of a complicated solo marimba piece that he’s working on. “Is this for an audition or something?” Nope – it’s just the next challenge for him and he wants to learn how to do it to get better.

We all know we’re good at a lot of things, from the career-defining to the trivial. And we can appreciate when “professionals” catch their Super Bowl footballs, sing their Met operas, bake their British Baking Show cakes, and otherwise perform at a high 99th percentile level that gets them on those fields, stages, and programs.

But there’s joy in admiring that mastery up close and personal, where you can see it developing iteration after iteration, and truly appreciate the work that it takes to get there.

Nobody likes getting bad news. But sometimes bad news is a relief, because it’s not worse news. And bad news gives us an opportunity to count our blessings.

You take him to the doctor and find out he has strep throat. That’s bad news… but it’s great news, because that means antibiotics can cure him. And, it’s not the flu, which would have taken him out for much longer… messing up weekend plans and quarantining the house, not to mention probably getting the rest of the family sick.

There’s often a counterpoint that turns “regular” bad news into good news, without being disingenuous. Favorite team didn’t advance in the playoffs? Now you can enjoy the playoffs without worrying about your team winning… or just reclaim the time you would have spent watching. Work project didn’t go as planned? Cut your losses, learn what went wrong, and make plans for next time. Didn’t get the job/date/part/promotion/win you were aiming for? You know there will be other opportunities down the road, and with that experience under your belt you’ll be even more ready for them. 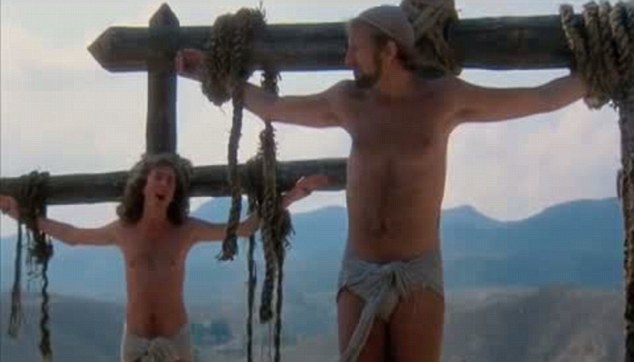 Cynics may decry this look-on-the-bright-side attitude as a foolish kind of forced optimism. But consider the alternatives. Complain? Curse the world? Silently suffer? Spend your time worrying what will go wrong next? Throw a tantrum? Bemoan your luck? Become paralyzed with indecision on how to react?Some mourning for What Can Not Be may be called for, but then you have to move forward.

So make the best of it, and seek those hidden pockets of joy. It’s how we survive and press on to the next challenge. We don’t have to find a silver lining on every dark cloud. But, wouldn’t it’d be foolish to stand in the rain with a closed umbrella?

Is there anything more glorious than tens of thousands of people all cheering and celebrating when something happens that they weren’t expecting?

Take for example, this play from the NFL. The Minnesota Vikings were losing by one point with seconds left in a playoff game. Needless to say, their chance of winning the game and not ending their season was unrealistic at best, but the crowd was hopeful. Then on a freak occurrence, two people guarding their receiver Stefon Diggs collided with each other, meaning he could score a 61 yard touchdown to end and win the game.

These moments happen most often in sports, be they the Malcolm Butler interception in the Super Bowl, Dave Roberts stealing 2nd base before David Ortiz’s home run, or the final seconds of the US hockey team’s victory over Russia. The shared joy between the athletes who have dedicated countless hours preparing for these snippets of time, and their audience witnessing the payoff for their hard work, is infectious.

If you ever need a quick pick me up, watch one of these videos or one of your own favorite sports team coming through at a key moment with a stadium full of witnesses.

We may not have a playing field or a full stadium of onlookers for our own triumphs, but why not try to capture and spread that joy ourselves to celebrate each other’s victories in life?

There’s an important joy corollary (joy-ollary?) to baby birds peeking out of the nest and then them coming back into the nest to snuggle. It’s being able to leave them in the nest.

When our kids are young and first mobile, we spend most of our time keeping an eye on them, because they don’t know enough about the world to take care of themselves. Every stray Lego, every staircase, every pullable tablecloth is a hazard that they can discover through experience or through coaching — and we’d prefer to coach them than to take them to the emergency room.

As they grow older and more self-sufficient, we struggle with the helicoptering. Can we leave them at home for 5 minutes for a run to the pharmacy? Can we give them time on the Internet without supervising every video and website? Can we trust them to be home alone all evening? The ponderables pile higher and higher. The answers require trying and holding our breath.

But as parents’ kids pass hurdle after hurdle, the parents discover new joys. The joys of going out on a date night. Of not puzzling over the logistics of which parent will be Home In Time. Of realizing that Finding a Competent and Available Babysitter has been downgraded from a major crisis to No Longer a Thing to Worry About. It’s the joy of reclaimed time for ourselves. Being able to leave the birds in the nest while we go grab a worm for a few hours is a joy unto itself.

If there’s joy in your baby bird peeking out of the nest, then there’s even more joy in the homecoming when they look back inwards and snuggle back in.

When they do, it can be a trickle of information, or a flood. The chorus might be “Yeah,” “Uh-huh,” and “I guess.” Or it might be a blow by blow description of whoever was there, whatever they learned, and the activities they took part in. Or both, depending on the subject.

It’s also pure improv time for parents. Do you need to be encouraging and supportive? Angry on their behalf? Reassuring and matter-of-fact to counter disappointment? Eager and animated to share in their excitement? Calm and logical to help them process? None of it’s really written down in our non-existent Parenting Handbook, so we turn the empathy dial up to 11 and hang on for the ride. And try to remember what we craved at that age when we looked to our parents for help.

Most of our answers are right, anyways, so the pressure to parent is entirely self-imposed. And it’s all swept away in the joy of the return home – a special joy that’s magnified by its rarity.

As a parent, one can’t deny the fear and dread that comes with seeing your child taking on some measures of independence. There’s something about them walking away for that bus ride, for that camp registration desk, for that assigned cabin, that makes ever parent want to run over and hug them tight. Parent brains can come up with the worst extreme case answers to “what could go wrong.”

But the fear and dread gets overshadowed by pride and joy. Pride that your son or daughter has reached this milestone. Pride that they can function on their own, and be trusted to make decisions and take care of themselves. Joy that they’ve found new friends, new hobbies, new passions for life that they’ll pursue. Joy at their joy.

It’s a far cry from our original duties of keeping a constant eye on a walking toddler who’s exploring a dangerous world of sharp corners, hot stoves, small inedible objects, and gravity. But it’s a welcome one. And it makes you appreciate your own forays out of the nest long ago.

Keep peeking out of the nest, little birdies, because we know you’ll spread your wings and fly some day… but not forget where the nest is.

Unfortunately, the way our brains sometime work, those irrelevant questions can get stuck in our heads.

Fortunately, this is one of those situations where the Internet giveth rather than taketh away. All of those questions, yes even the blueberry critters one, is solvable with a quick Internet search. Our society’s collective brains have been indexed for us, so our trivia answers can be on demand, while our brains focus on more important things.  (Y’know, like more difficult posers the Internet can’t answer, such as, “How many different characters touch a lightsaber handle in the original Star Wars trilogy?”)

So yes, there is joy in having a repository of knowledge stretching back decades to scratch those mental itches, instead of everyone shrugging their shoulders or pulling out encyclopedias from the library.

The Joys of JJFoley
Powered by WordPress.com.